Searching for a Plan Bee: the importance of bees to a safe food supply

Bee populations in Europe are tumbling — and it could prove devastating for the safety of the food system. The decline in bee colony numbers began nearly half a century ago. Between 1970 and 2007, Europe lost 5.5 million managed honeybee hives, over a quarter of its total, with the decline becoming more intense over the past few decades. Some EU countries have seen bee populations drop by more than half, according to the European Parliament. What can be done to reduce this drop? 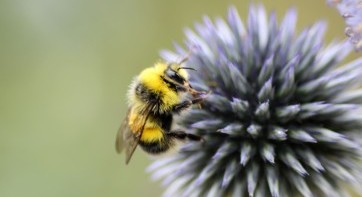 Call for participation: DISRUPT ME

Feeding our future: The Wheat Cultivars project improving yield one grain at a time

Or
If you have linked your account to one of the following social networks, please click on the relevant icon to log in
Not a member yet?
Join EIT FoodHIVE!